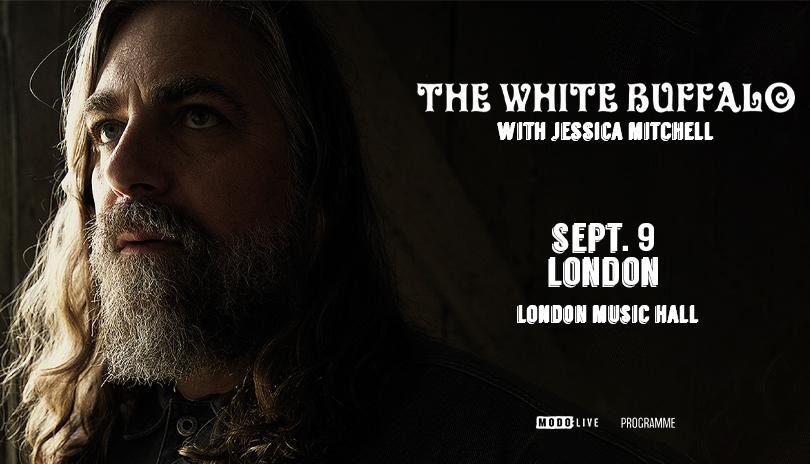 The White Buffalo is Jake Smith – singer, songwriter, guitarist, teller of stories, Emmy nominee; an artist whose voice – a timber-shakin’ baritone of gravitas and gravel – seems directly linked to a greater truth; an artist who will not be swayed by fashion or curtailed by genre.

A catalogue spanning significant placements in film, games and TV (including the hugely influential ‘Sons Of Anarchy’), plus over 200 million streams to date, Jake Smith continues releasing his stripped and spiritual tracks.

The White Buffalo’s latest studio album, “On The Widow’s Walk” – a loosely linked collection of dark thrills produced by Shooter Jennings and created with collaborators including Tanya Tucker. Of the six studio albums and three EPs thus far released under The White Buffalo banner, this latest 11-track outing is the most collaborative and organic, the most sonically round.