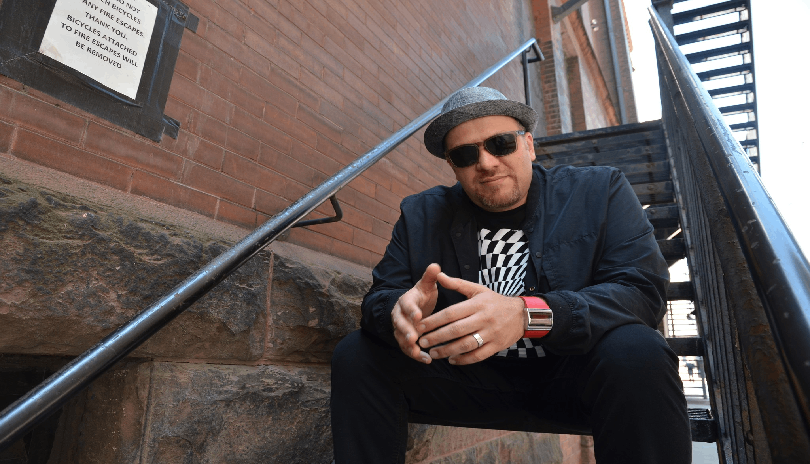 Robi Botos has been hailed as one of the most diverse multi-instrumentalists of this generation. From the hard-bop style of Bill Evans and Herbie Hancock, to the swing of Oscar Peterson and the heartfelt melodic expression of Mulgrew Miller and Cedar Walton, Robi has managed to master the technique of his idols, all while showcasing his musical expressions in a voice that is purely his own. While Robi is known for being a strong player in the traditional jazz and funk fields, he always incorporates an element of the music he grew up listening to into his playing. Says organist, trumpeter and pianist Joey Defrancesco: “Robi is one of the most swingin’, soulful, funky, world class players I’ve ever heard, and he has a technique like you can’t believe. Definitely one of my very favorite players!!!”

Born of Romani descent in Hungary, Robi taught himself first to play drums as a young child, and got his first taste of being a professional musician working throughout Budapest. When he turned 20, Robi decided to move his wife and children to Canada to further pursue the career he was born for. Now 20 years later, Robi has solidified himself as one of the most sought-after pianists in the country, and holds 2 JUNO Awards, as well as countless global prizes including the International Association for Jazz Education (IAJE) Award, and 2 nominations in the Canadian Screen Awards.

In 2018, Robi released a brand-new record that pays homage to his Hungarian upbringing, the early days of his career, and the music that he has dedicated his life to. “OLD SOUL” sees Robi not only venturing into a number of different genres (jazz, funk, soul, gospel and more!), but he also plays on a number of different instruments including the Harpejji. Robi is joined by some familiar faces such as longtime collaborators Mike Downeson bass and Larnell Lewison drums, as well as Seamus Blake on saxophone. Also joining them for the first time is Cory Henry (Snarky Puppy), Ingrid Jensen, and Lionel Loueke). Robi’s ability as a composer is (once again) highlighted on this record with a majority of the tracks being his original material. “Old Soul” pays tribute to his homeland as he takes you down memory lane with visions of his childhood neighbourhood and through some of his favourite spots in his hometown. This record makes you feel like you have a personal connection with one of the most diverse and eclectic artists of our time. Robi is the 2019 JUNO Award-winner for Jazz Album of the Year: Solo for OLD SOUL.

THE SESSIONS:
The Aeolian Phoenix Sessions take centre stage… in the comfort of your own home. Each month we premier at least four artists’ recordings from the Aeolian stage. Membership to the Phoenix Sessions is $20 per month (recurring) and you select the productions you want to watch on your own time!

You will receive a confirmation email including a link that you will use each time you wish to view an April performance. Save that link… or follow the instructions at www.aeolianhall.ca/phoenix to receive it again.

This performance is part of the Aeolian’s Phoenix Sessions. To view become a recurring member and select the APRIL PASS.