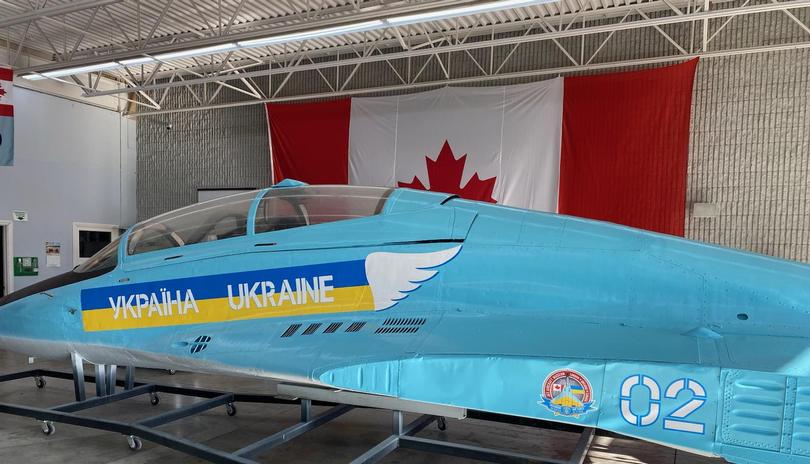 The Jet Aircraft Museum acquired the nose section of a MiG-29 fighter jet from CFB Bagotville. The Museum has restored this nose section in the colours of the Ukrainian Air Force Demonstration Team which visited Canada in 1992 and flew at the London Airshow among other locations. This Ukrainian Air Force tour was the first of its kind and symbolic as a statement of Ukraine's independence. The Ukrainian MiG-29 Premiere will be the official unveiling of this artefact honouring that tour, the strong Ukraine-Canada connection and to help financially support Ukrainians and their families during the war in Ukraine. 100% of donations received at the Premiere and the Open House, as well as 50% of museum entry donations from February 26 to March 25 will be donated to the Ukrainian Community.

The Premiere, an invitation-only event, is on Friday February 24. The Open House, which is open to the public, is on Saturday March 25 from 10 a.m. to 4 p.m. Please come out to support this very important cause and enjoy a museum tour, a silent auction, the opportunity to sit in our Photoship for a picture and the chance for visitors 10 and older to get a lesson on our simulators.