The Play’s the Thing: A History of Theatre in London 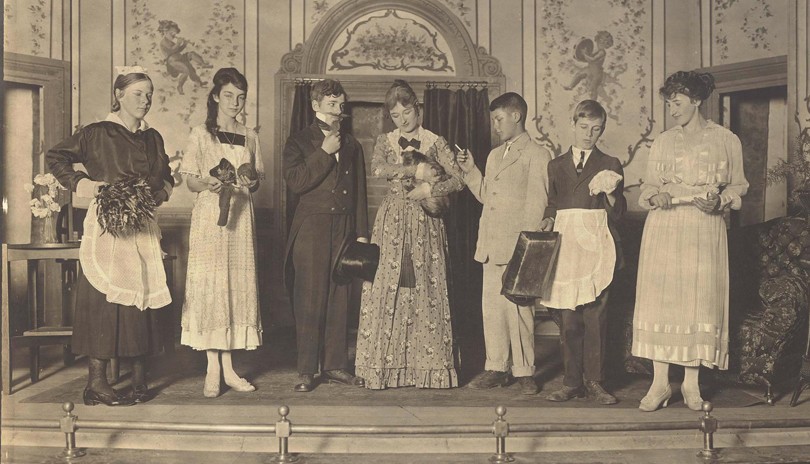 The Play’s the Thing: A History of Theatre in London

In 1840, the incomplete shell of a Wesleyan Methodist church served as London’s first theatre building, the Garrison Theatre. Located on the southwest corner of Queens Avenue and Wellington Street, standing trees supported its board roof and seating for some 200 people consisted of boards laid over stumps. It was a rudimentary structure, but an entertaining escape from the everyday for audiences and the amateur actors — officers of the garrison — who staged the plays.

Since then, much has changed. That first improvised theatre gave way to more elaborate structures, among them the Grand Opera House and then the Grand Theatre. The players changed too. Big enough to become a stop along the circuits of traveling professional companies, late-19th century London hosted a range of entertainers and hundreds of productions.

The advent of movies in the early 20th century heralded yet more change and amateur traditions were revived. London’s Little Theatre blazed onto the scene, and by the 1970s, its success pushed it to turn professional — Theatre London was born. Today, theatre thrives, with many opportunities to create and experience it in our city, thanks to the London Community Players and many others.

The Play’s the Thing —  a line from Shakespeare’s Hamlet — will usher you through London’s colourful theatrical past and present. Organized around the themes of places, players, and plays, and through a combination of artifacts and images, you will meet interesting characters, see unusual objects, and feel inspired to explore theatre history.