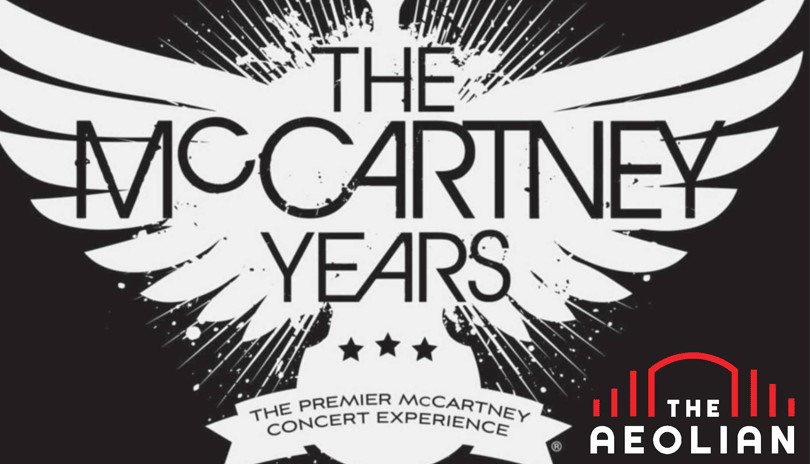 A darkened stage is set, awaiting a show that will mesmerize the audience. Cascading light affixes itself to the stage for a band referred to as The McCartney Years to begin their performance. Prepare yourself to feel an utterly amazing true concert experience in an intimate theatre like setting.

Without leaving your seat, except to move to the music, you are whisked away through time from the Beatlemania craze creatively woven into a familiar musical mosaic from songs that include Sgt Peppers, Abbey Road, and songs from McCartney’s post Beatles career in Wings Over America and Rock Show.

Sid Bernstein, responsible for bringing The Beatles to the United States said, ‘this is the most astounding and accurate vocal representation I have heard in many years.’

Front man and producer Yuri George Jan Pool and the members of The McCartney Years delighted and amazed crowds at the largest community based Beatles Celebration in Canada in Orillia that stated ‘these guys know what they are doing and were the highlight attraction at the event.’

The McCartney Years is an international touring production recreating McCartney’s music in a 3-hour concert show.

The McCartney Years represent the same passion, love and enthusiasm with the musical equivalent of what came out of the Abbey Road Studios to deliver a show that keeps the audience engaged throughout their musical journey together. From the groups inception, every performance is perfectly tweaked to a vocal and musical arrangement that is a mirror reflection of the original score from a library of over 250 songs.

Without a doubt the audience, regardless of their age, will be able to take two steps forward and one step back while being completely enthralled in the show, feeling the same love for the music as the musicians on stage.