The Kitchen Witches by Caroline Smith 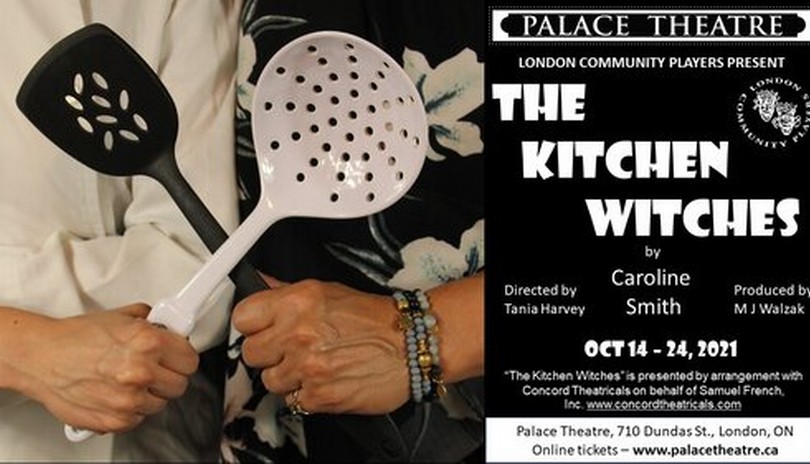 Isobel Lomax and Dolly Biddle are two “mature” cable-access cooking show hostesses who have hated each other for thirty years, ever since Larry Biddle dated one and married the other. When circumstances put them together on a TV show called The Kitchen Witches, the insults are flung harder than the food! Dolly’s long-suffering TV-producer son, Stephen, tries to keep them on track, but as long as Dolly’s dressing room is one inch closer to the set than Isobel’s, it’s a losing battle.

The show becomes a ratings smash as Dolly and Isobel top both Hell's Kitchen and Game of Thrones!

"The Kitchen Witches" is presented by arrangement with Concord Theatricals on behalf of Samuel French Inc. https://www.concordtheatricals.com/

We are pleased to have the LCP Life Members sponsoring this event. Their support is much appreciated.