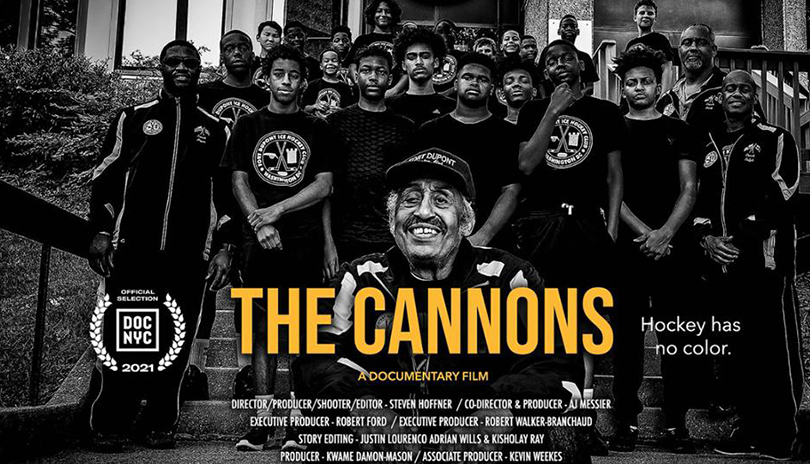 The Cannons is a documentary feature film following the lives of two Black teenage hockey players and one legendary coach, in one of America's toughest neighbourhoods: Southeast, Washington DC. Part coming of age story, part social-political commentary on the Black American experience, the film chronicles the Fort Dupont Cannons, one of America's only predominately Black hockey teams, as they must overcome the challenges of life on and off the ice.