Splash'N Boots live at the Wolf 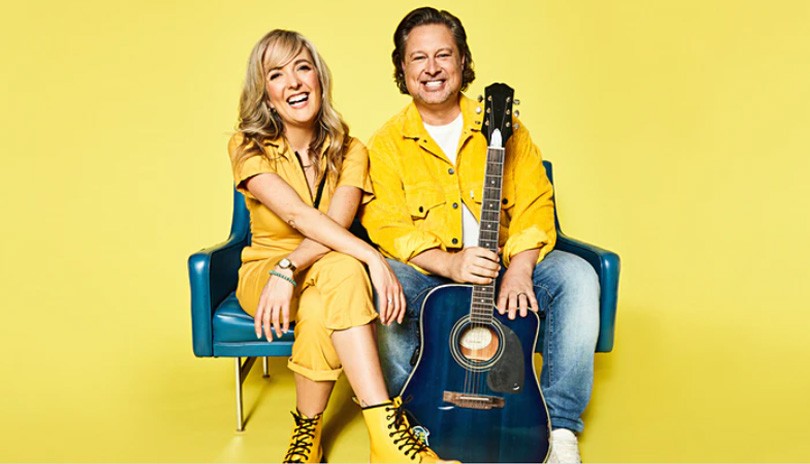 The Wolf Performance Hall is celebrating 20 years with a series of events taking place September 6 through 11th. Join us for one or for all!

We are so excited to welcome Splash'N Boots back to the Wolf!

Just off the heels of their second JUNO Award for “Heart Parade”, as well as a 2022 Canadian Folk Music Award, Splash’N Boots are bringing their nearly 20-year legacy in the children’s music lands to new generations with a family show filled with connection, music and heart.

On television, they appear daily in over 8.5 million homes across Canada with their number one TV show, which is broadcast daily on Canada’s top children’s television networks, Treehouse TV and Disney Jr. Canada. Splash’N Boots recently wrote and produced an episode for Sesame Street and their original music videos are featured on US TV network Universal Kids’ preschool music show, “Get Up and Move”.

Splash’N Boots believe in a world where music can be enjoyed across all generations and have recently collaborated with Alice Cooper, Brett Kissel, Johnny Reid, Alan Doyle, Simon Ward of The Strumbellas and The Wiggles, and Sharon and Bram. Their original music is enjoyed around the world, with millions of streams on Spotify, Apple Music, Youtube and other international digital markets.

Throughout their storied career, Splash’N Boots have created a global community dedicated to making every child feel seen, heard, and loved for exactly who they are.

They are committed to using their voice to raise awareness for important causes, supporting and working with Sick Kids Hospital, Camp Ooch, Plus1, MusiCounts, Kids Up Front and the Starlight Foundation. They are the creators and stewards of a uniquely powerful pen pal program geared towards children with autism, called Lucas’s Letters, which encourages children of all ages and abilities to connect through letter-writing.