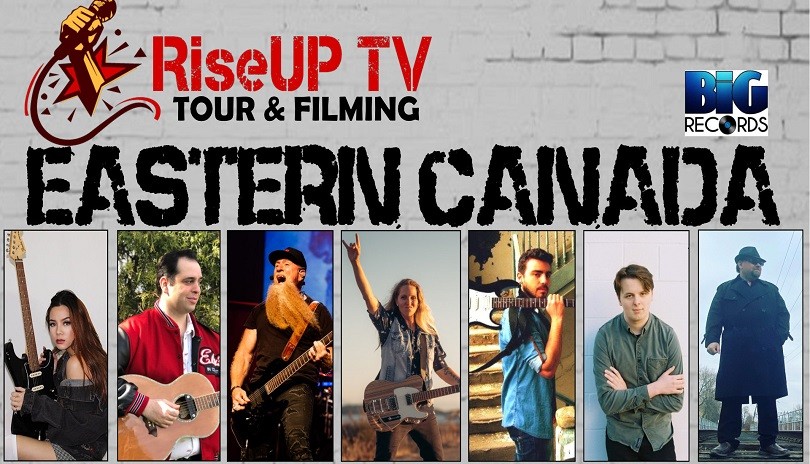 RiseUP TV is a documentary/travel journal TV reality show that has been gaining steam around the world since 2017. It is the brainchild of established music entrepreneur Mark Rosner.

RiseUP TV is introducing the world to the personalities, sights and sounds of artists of all genres and ages from Canada, the US, Mexico, Europe and Asia!

Imagine these artists touring together, going from city to city, performing and living together for one week! They are having their every move filmed for television, whether on the bus, at the hotel, or dealing with the unexpected ups and downs that occur while on tour in the current entertainment business!! This exciting concept is now a Documentary / Reality TV show!

The shows include many genres - Rock, Singer/Songwriter, Country, Folk, Pop and more! This means there will be something for every-one that will be coming to the shows or tuning in around the world to see the episodes when they are released.