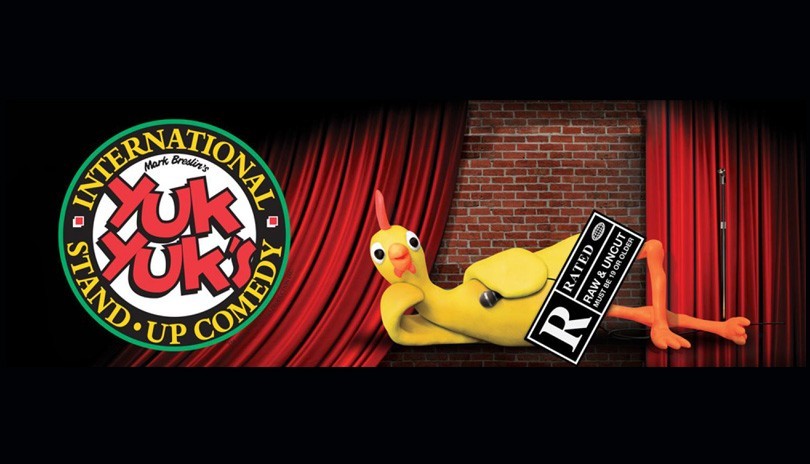 Looking for something to do in London this Friday or Saturday night? Come on over to Yuk Yuk’s London for an evening of hilarious comedy!

Scott Faulconbridge has delighted International audiences with his masterful timing, quirky story telling and quick improvisational wit to established himself as one of Canada's headlining acts. His unique stories and songs are inspired by family mishaps that have made him a crowd favourite for three decades. His work has earned him three Canadian Comedy Award nominations for his work as an Improviser and a stand up comedian.

Yuk Yuk’s Comedy Shows are UNCENSORED & UNCUT and therefore you must be 19 + to attend.

Yuk Yuk’s comedy may contain adult language and subject matter as a means of entertainment is not intended to offend or demean our guests.

We ask customers to please consider this in advance before purchasing a ticket and attending a comedy show.

The opinions and mature subject matter expressed by some comedians DOES NOT express the views of Western Fair District management and staff.

NO ADMITTANCE once the show is underway for 15 minutes or more.