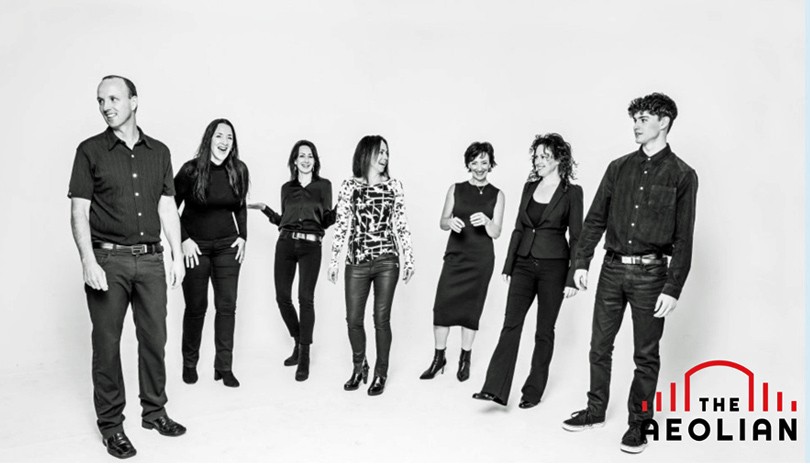 If you think you know what the music of Canadian band Leahy sounds like, it’s time to think again.

Their new album Good Water brings the five women in the group – Leahy sisters Julie, Erin, Maria, Siobheann, and Denise – freshly to the fore, in singing and especially songwriting, along with brother Frank on drums. As the songs on Good Water took shape, a new edge to their sound began to emerge with the addition of electric guitars  which – as played by new band member Xavier Leahy (as well as guest musicians on the recording Bill Dillon, Nick Johnson and Adam Agati) – spurred the band on to explore the outer edges of their traditional/Celtic/folk/roots musical origins, pushing well beyond that footing. In another new development, Good Water finds the band working under the sharp, exacting hand of Grammy-winning Canadian producer David Bottrill (Peter Gabriel, Rush, Smashing Pumpkins, Afro Celt Sound System), who brought an additional new intensity to the sonic palette. The result is a wide-ranging collection of songs that newly ignite the many musical influences that motivate the band members – from rock to choral, country to classical, and beyond.