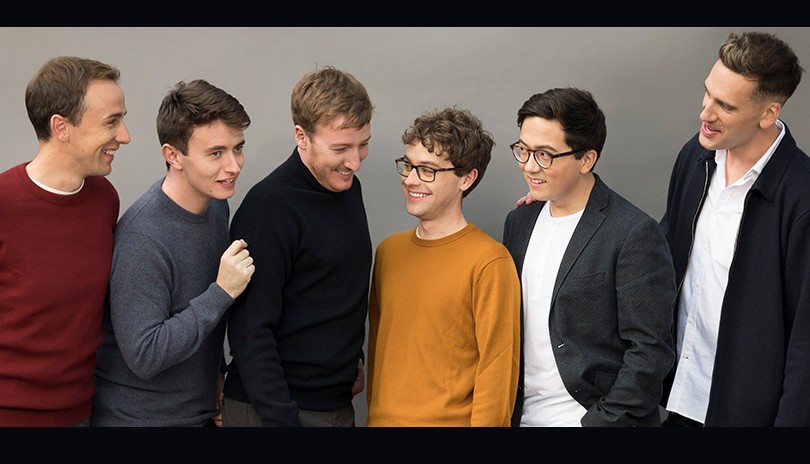 The King’s Singers have represented the gold standard in a cappella singing on the world’s greatest stages for over fifty years. They are renowned for their unrivalled technique, versatility and skill in performance, and for their consummate musicianship, drawing both on the group’s rich heritage and its pioneering spirit to create an extraordinary wealth of original works and unique collaborations.

What has always distinguished the group is their comfort in an unprecedented range of styles and genres, pushing the boundaries of their repertoire, while at the same time honouring their origins in the British choral tradition. They are known and loved around the world, and appear regularly in major cities, festivals and venues across Europe, North America, Asia and Australasia, including Carnegie Hall, Elbphilharmonie Hamburg, Leipzig Gewandhaus, Mozarteum Salzburg, Tonhalle Zurich, Concertgebouw Amsterdam, Edinburgh International Festival, Helsinki Music Centre, Sydney Opera House, Tokyo Opera City and the National Centre for the Performing Arts, Beijing. They also work with orchestras, recently including the NDR Radiophilharmonie and the Royal Scottish National Orchestra, with whom they performed a specially commissioned work by Sir James MacMillan.

The King’s Singers’ extensive discography has led to numerous awards including two Grammy Awards, an Emmy Award, and a place in Gramophone magazine’s inaugural Hall of Fame. As part of their 50th anniversary celebrations in 2018, the group undertook a series of major tours worldwide, supporting the release of a special anniversary album GOLD (also nominated for a Grammy Award), which featured important works in the group’s history and new commissions by Bob Chilcott, John Rutter and Nico Muhly.