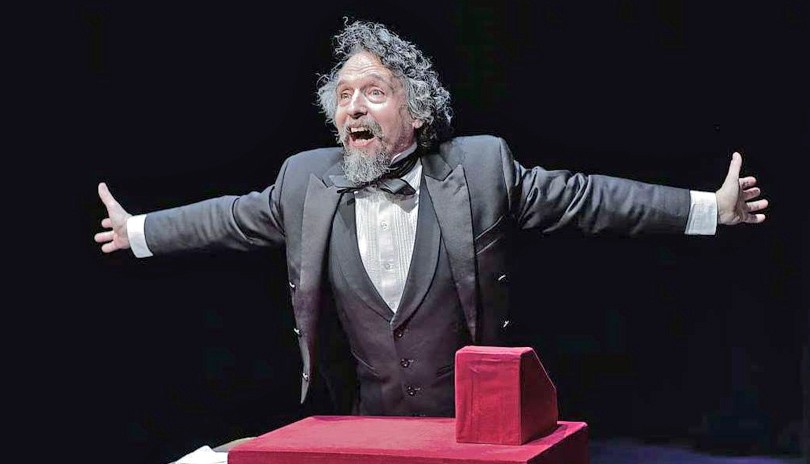 Now in its 30th anniversary season, John D. Huston performs A Christmas Carol narrating and playing all the characters from Scrooge to Tiny Tim in the traditional storytelling that Charles Dickens himself used.

“Powerful one-man theatre…in the hands of a master storyteller.” The National Post

For the past thirty Decembers, veteran solo performer John D. Huston has packed his trunk, grown his beard, and trundled off to towns recreating the tours and performances, recreating

“A Christmas Carol a la Dickens.” (The Globe and Mail)

“You’ll be haunted if you miss it.” Saskatoon Star-Phoenix

Like Dickens, Huston revisits the story every year making small changes to keep the story fresh for himself and his audiences, many of whom return yearly to the show. This year marks Huston’s 10th at the Aeolian Hall.

This year marks John’s 30th anniversary touring Dickens’ solo version of A Christmas Carol, a show he has performed over 700 times since 1992 at venues across Canada including The National Arts Centre, Theatre Passe Muraille & Ottawa’s Gladstone Theatre. In 2017 he was nominated as Best Actor for the 2016 theatre season by Ottawa’s Capital Critics’ Circle for his run of A Christmas Carol at Ottawa’s Gladstone Theatre.