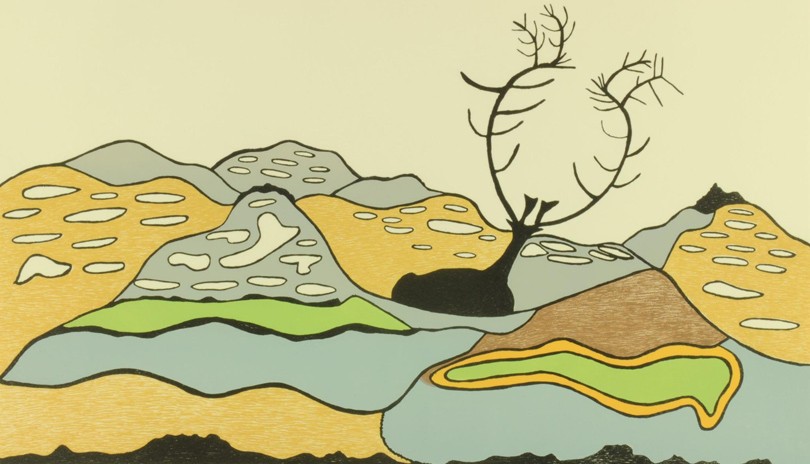 ***Due to the COVID-19 provincial shutdown, Museum London is temporarily closed until further notice***

This exhibition explores the first generation of artists who contributed to the commercial development of Inuit art in their respective communities across the Arctic. They lived across the Northwest Territories, what is now Nunavut, and Nunavik in Northern Quebec, and were the people responsible for setting up local studios and co-operatives from the 1950s to the 1970s. They were among the first Inuit to make the transition from living on the land to a partially settled life in government-designated communities to access public services and education. They drew, sewed, and carved representations of their childhoods and early adulthoods, describing daily life in the Arctic and including traditional subsistence activities, clothing, laws and taboos, and animals. They did not have access to power tools, electricity, proper drafting tables, or the space needed to conduct printmaking, drawing, tapestry weaving, sewing, and sculpting when they first started, but were able to create meticulously finished works nonetheless. They worked together within and between their communities, creating an extensive network of Inuit-focused co-operatives, many still operating today.

Inuusivut Nunavummi: Our Lives on the Tundra is guest curated by Nakasuk Alariaq, an Inuk-Finnish curator from Kinngait, Nunavut based in London, Ontario, and a doctoral student at Concordia University in Montreal. In addition to this exhibition, in 2020 Alariaq undertook crucial research of the large and long-standing Inuit art collection at Museum London.