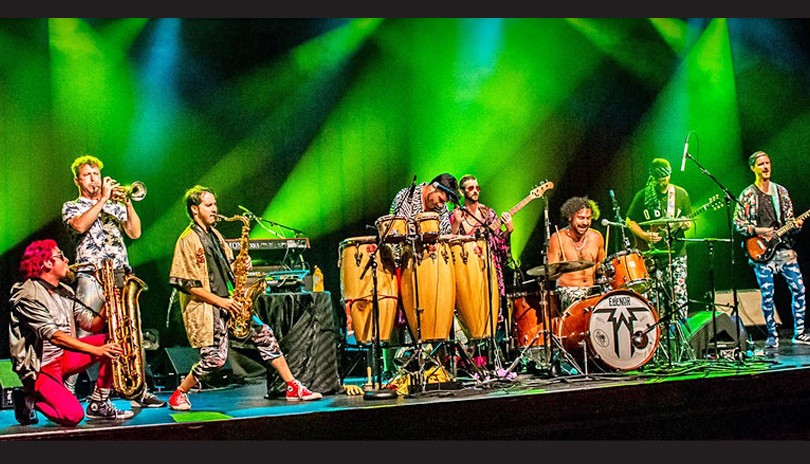 Vancouver B.C.'s Five Alarm Funk is a horn-powered, percussion-fueled sonic and visual assault, which has just cracked 20K followers on Facebook. In over 18 years of hard funking, the band has burned up stages on four continents (including annual appearances at London's TD Sunfest), released seven studio albums, and received two JUNO Award nominations. And this ride isn't about to slow down! FAF dropped its new EP Live from the Commodore last month, and its 7th studio album, Big Smoke, last summer. Now, they are about to embark upon a major cross-Canada tour, titled "The Bands Came Back". The 11 tracks on Big Smoke get right to the roots of what the group is all about: epic, intense arrangements, heavy grooves, and a ton of fun.