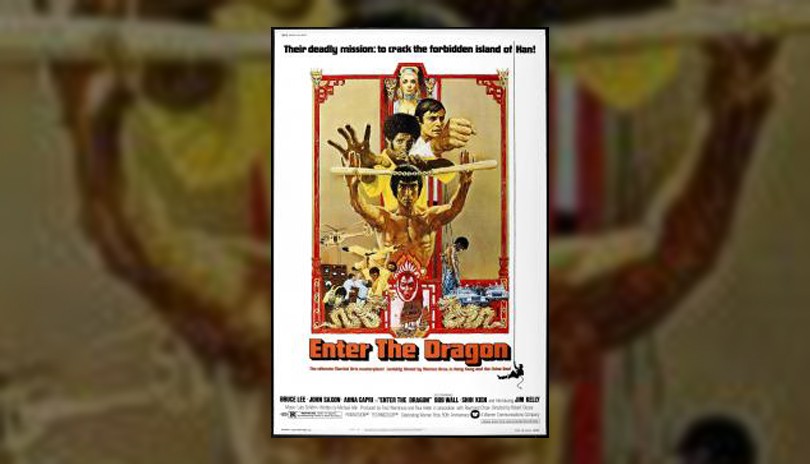 For November's Retromania, Enter The Dragon will be presented in a rare 35MM IB Technicolor print format. This print is in near mint shape with unbelievable colour!

This is a chance to see this film the same way audiences did when it was first released in 1973! Don't miss this opportunity!

Enter the Dragon, the first Hollywood martial arts film, is definitely one of the most influential, establishing Bruce Lee as an iconic figure for future martial artists, starting a kung fu film craze that ran throughout the 1970s. It has also been re-popularized today in similar strains. Video games, such as the infamous "Mortal Kombat", have emulated its plot and style. In fact, so much has been lifted by future films and other forms of media, that when one looks back at it from a modern perspective, it seems like just another typical kung fu movie, rather unfairly.