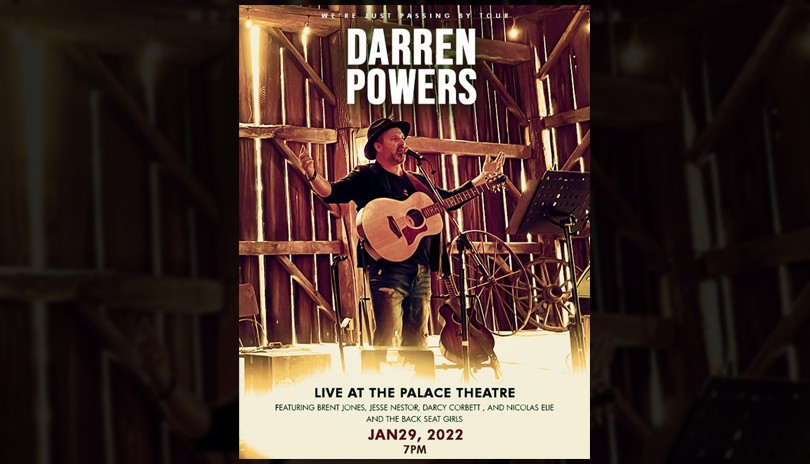 Featuring songs from the False Bravado album and his upcoming album, We’re Just Passing By.

Opening act is 30 minutes followed by a 10 minute intermission.
Darren Powers starts at 7:40pm and performs until 9:15pm.