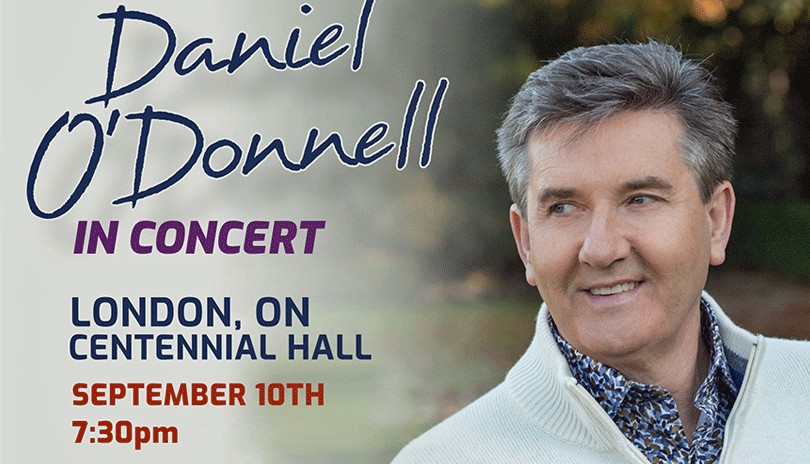 Daniel O’Donnell’s remarkable career has moved on to a new level with his success as a TV presenter, just another facet to his ever-expanding list of entertainment achievements.

The Donegal based singer, who is one of the most prolific and successful recording artists in the UK charts, is the only artist in the world to score a hit in the UK album charts every year since 1988, an unprecedented and unbroken 34-year span, and in doing so, he has outshone everyone from Michael Jackson and Madonna, to U2 and the Rolling Stones.

Daniel’s latest ‘Daniel O’Donnell 60’, released in celebration of his 60th birthday, shot straight into the chart at #4, keeping good company with the likes of The Beatles, Adele and Coldplay. As with the ‘Daniel’ album before it, this recording has been produced with legendary record producer Nigel Wright, who has co-produced the recordings of many of Andrew Lloyd Webber’s musicals, including the film versions of Evita and The Phantom of the Opera, along with many artist albums and TV music shows. With 15 tracks, the album is available on 140g Green Vinyl, CD and digital.

Including this latest release, Daniel has now amassed 47 Top 75 albums, including 41 Top 40 albums, 29 Top 30 & 19 Top 10 albums, with 17 of the latter being this century, a feat that has not been achieved by any other recording artist, and has now sold well in excess of 15 million worldwide.