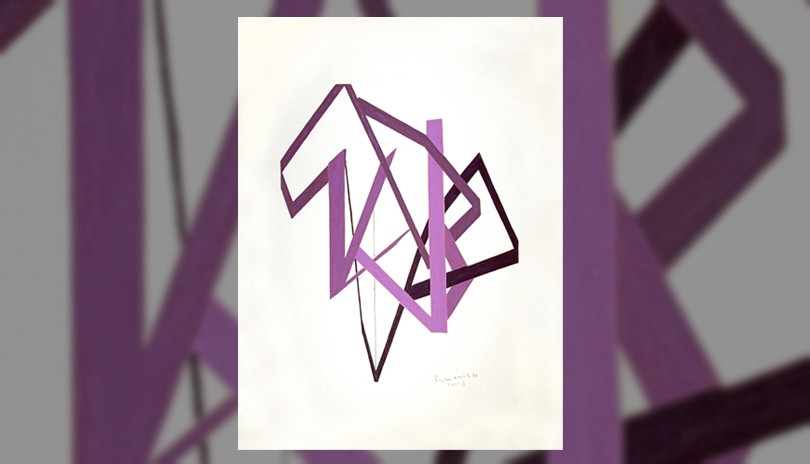 Rarely exhibited, foundational computer drawings by former University of Toronto computer science professor Leslie Mezei and French artist Roger Vilder (active in Montréal during the 1960s and 1970s) showcase the formal dazzle, occasional humour and even eroticism that resulted from artists’ earliest experiments in computer graphics. Their work also draws attention to artists’ embeddedness within global networks of research and creative collaboration. This opening onto the world is brought into arresting visibility by Art Ex Machina, a suite of computer-generated silk-screen prints by an international roster of artists, including Frieder Nake and Hiroshi Kawano, published by Montréal artist and gallerist Gilles Gheerbrant in 1972. Based on animations that she programmed during extended summertime stints with Western’s Department of Computer Science in the early 1970s, Duquet’s computer paintings translate machine logics into a highly personal vision. Documents drawn from Duquet’s archive record every step in her creative process—from program to painting—offering rare insights into the materiality of early digital art.

Not limited to works generated by computer, Computational Arts in Canada features artists who engaged with computation in an expanded sense. Although predating his tenure with Western’s Department of Computer Science, Dewdney’s The Maltese Cross Movement (1967) narrates the technics of machine visualization. Frenkel’s pioneering series of teleconferencing performances, String Games: Improvisations for Inter-City Video (1974), straddles materiality and metaphor in enacting a computational frame, one that clears a path for our contemporary world of social media and planetary connectivity.

McIntosh Gallery is open by appointment. Please schedule your visit using the "Find Tickets" link. Admission is free and all are welcome. If you have questions or are seeking additional information about visiting the gallery, feel free to reach out to us at mcintoshgallery@uwo.ca.