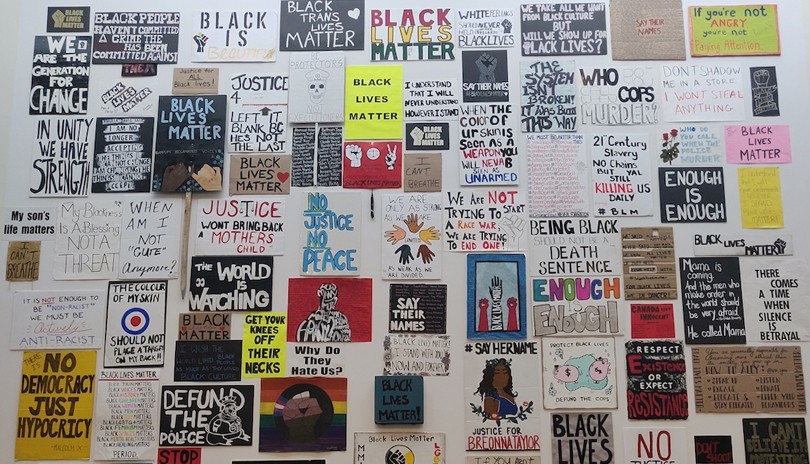 The spark for this peaceful protest? On May 25, 2020, Minnesotan George Floyd died at the hands of police. For eight minutes and 46 seconds, one officer knelt on Floyd’s neck while three others watched. Floyd’s became yet another in a long list of names of Black men and women killed during interactions with police.

George Floyd’s death outraged people around the world, including Canadians. In London, five young women called on the community to join them in a peaceful protest against the systemic racism Black people, Indigenous people, and people of colour experience in London and in Canada. Londoners responded. They came out in droves, marching, chanting, and listening to speeches. And they made a commitment to work for change.

In the days and weeks that followed, people have discussed and debated hard questions: What is racism? How can we overcome systemic racism? How can we be anti-racist? This exhibition of 117 of the signs carried during the June 6 rally is one way Museum London is keeping the discussions and debates going as part of its commitment to anti-racist practice.