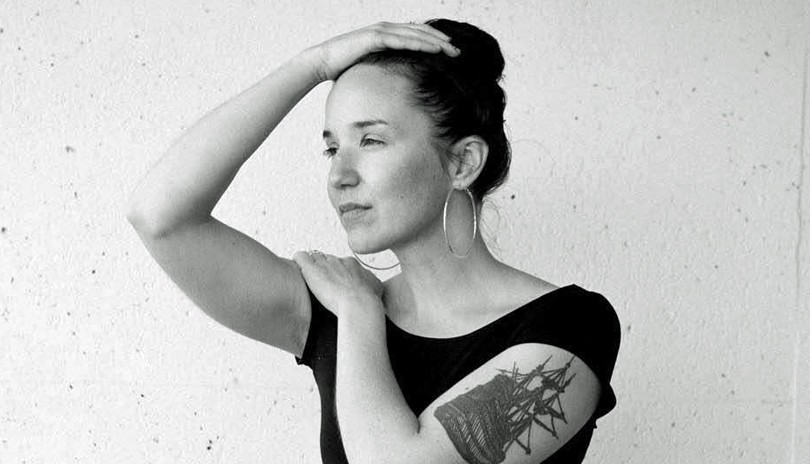 Multiple Award winning singer/songwriter Sarah MacDougall is known for her poetic songs and passionate performances. Sarah mixes folk, pop, and rock elements into her infectious, often epic songs. Born in Sweden, now based in Canada, Swedish magazine Nöjesguiden declared her: “one of Sweden’s best singer/songwriters’ and Rootstime Belgium described her as ‘One of the greatest talents of our era”.

Sarah has played festivals such as Iceland Airwaves, Edmonton Folk Festival, Reeperbahn, and has shared the stage with artists such as Bruce Cockburn, Tallest Man on Earth, Buffy St. Marie, Passenger, and more.

Her most recent release, ‘All The Hours I Have Left To Tell You Anything’is a record about strength, identity, death, the breakdown of relationships, birth, and the ghosts we honor and carry throughout. It is Sarah’s fourth record. It was written in the midst of the death of her grandparents, the birth of her niece, and a break up. The nine songs are also influenced by the places that made her and changed her: the dark beauty of Scandinavia the vastness of the Canadian North .

‘All The Hours I Have Left To Tell You Anything’was produced, recorded and mixed by Montreal-based Marcus Paquin (Stars, The Barr Brothers, Timbre Timbre, Arcade Fire, The National), with additional production and recording by Rich Jaques (Lisa Loeb), Nygel Asselin (Half Moon Run), and Bill Lefler (Royal Wood).