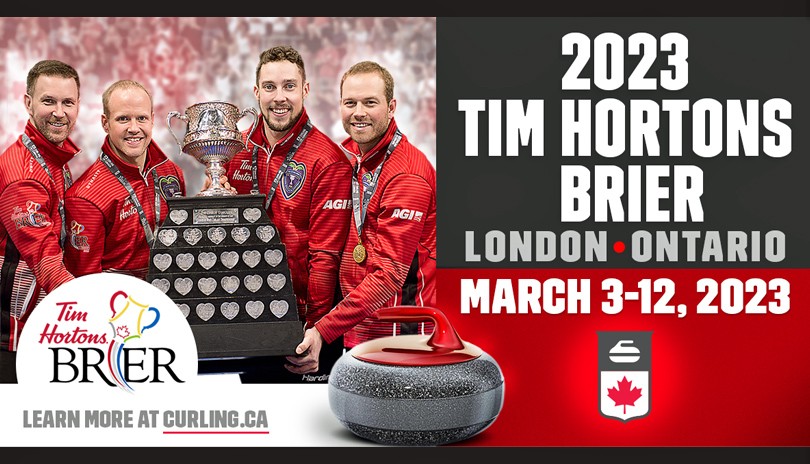 The world’s most famous national men’s curling championship will be making a return to London, Ont.

The 2023 Tim Hortons Brier, presented by AGI, will be played March 3-12 at Budweiser Gardens in downtown London, it was announced today by Curling Canada.

“Our past events in London have been memorable for so many reasons, so it was a pretty easy decision to return based on the superb bid they submitted,” said Katherine Henderson, Chief Executive Officer of Curling Canada. “Budweiser Gardens is a superb building in an ideal location, and we’ve seen repeatedly that London really knows how to put on a show. I can’t wait to be there in 2023!”

London last hosted the Tim Hortons Brier in 2011 when Manitoba’s Jeff Stoughton and his team from Winnipeg hoisted the Brier Tankard after defeating home-province hopeful Team Glenn Howard in the gold-medal game.

“On behalf of the N’Amerind Friendship Centre members, clients, staff, and the Board of Directors, I’m pleased to extend a welcome to the 2023 Tim Hortons Brier curlers, coaches, families, and fans who will be in London,” said Brian Hill, President of the N’Amerind Friendship Centre. “Indigenous Peoples have lived in and shared the land now known as southwestern Ontario for thousands of years. The Urban Indigenous People of London are enthusiastic that London has been chosen to host a major sporting event. We look forward to our region being a host to more large gatherings and special events such as the 2023 Tim Hortons Brier.”

“The 2011 Brier is forever remembered as one of the most memorable times in the history of our city,” added London Mayor Ed Holder. “Our community rallied around that event and came together as we welcomed curling fans from across Canada to London and showcased our great city. With sold-out crowds and a legion of passionate volunteers, it left a mark on our community that is still felt and talked about today. As remarkable as that event was, I have no doubt the 2023 Tim Hortons Brier will be even better as London sets a new gold standard for host city excellence.”