The road to the JUNOs — so far 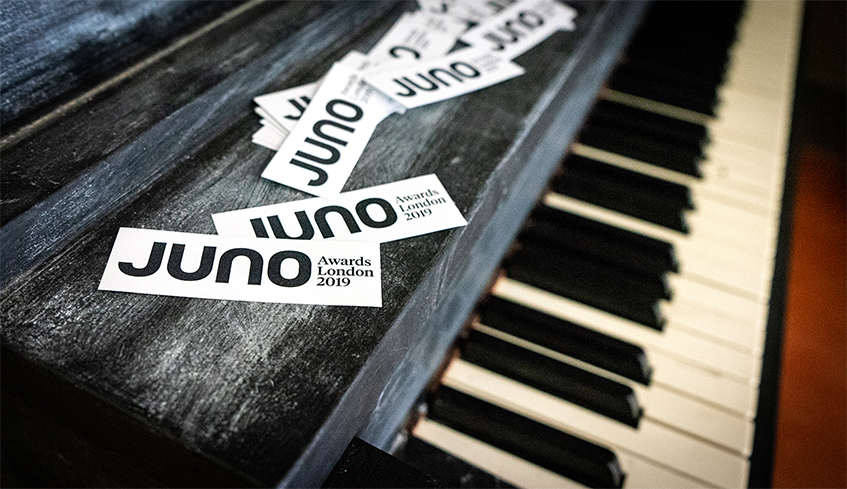 It was a busy week for announcements surrounding the upcoming JUNO Awards here in London — and as we prepare to welcome the nation for the biggest night in Canadian music, let’s take a look at some of the exciting things happening across the Forest City.

Flocks of fans hoping to snap a selfie with some of their favourite JUNO nominated artists will get the once in a lifetime chance at this year’s JUNO Fan Fare Powered by Live Nation Canada and CBC Music at Centre Court, CF Masonville Place (1690 Richmond St.) on Saturday, March 16 at 12 p.m.

Tickets are free and available for all ages through www.junofanfare.ca now — while they last — and are available on a first come, first served basis. The JUNO Awards present JUNO Stories from the Studio

The Canadian Academy of Recording Arts and Sciences (CARAS) recently announced the return of Stories from the Studio, an event in support of MusiCounts, Canada’s music education charity associated with the JUNOS.

Music fans are invited to join renowned JUNO nominated and winning engineers and producers for a panel discussion on what exactly goes into the recording sessions that have resulted in some of Canada’s most iconic songs.

Talk about an awesome line-up.

“Canada is home to so many gifted sound engineers and producers and JUNO Stories from the Studio allows us to get a glimpse of the production and creation process behind our favourite songs,” said Allan Reid, President & CEO, CARAS/The JUNO Awards and MusiCounts. “If you’re a music student, enthusiastic, aspiring engineer or producer, or music industry professional – we encourage you to come and check out this one-of-a-kind event.”

Proceeds from the event support MusiCounts, the music education charity associated with the JUNO Awards. JUNO Stories from the Studio supports the Women In The Studio program created by the Canadian Music Publishers Association. Two nights, 100 artists, 17 venues, one wristband — JUNOfest is ready to hit the Forest City in a big way.

Featuring everyone from local London artists to 2019 JUNO Award nominees to some of Canada’s top touring talent, a veritable musical feast for the senses will take over locales from Aeolian Hall to Fitzrays, Norma Jean’s to Rum Runners and more on Friday, March 15 and Saturday, March 16.

And that’s not all.

That said, for a complete list of artists and venues or to purchase wristbands, please visit www.junoawards.ca. It’s said to be the jewel of JUNO Week — the Songwriters’ Circle is an intimate showcase, giving fans the exclusive opportunity to hear the stories behind their favourite songs in a live, acoustic setting.

In addition, Tom Power, host of q on CBC Radio One, will act as co-host alongside the previously announced Alan Doyle as they join the artists for an intimate show, providing fans with the rare experience of hearing the stories behind the song directly from their favourite artists.

“The work of a songwriter is the work of the heart and the soul,” said Eric Baptiste, CEO of SOCAN, the largest organization in Canada’s music ecosystem. “It also takes time, diligence and a lifetime of learning and striving to perfect their artistic craft. By collecting, identifying and distributing their hard-earned royalties, SOCAN helps music creators to keep creating, and it is an honour to present the JUNO Songwriters’ Circle, celebrating some of Canada’s greatest and most passionate creative talent.” 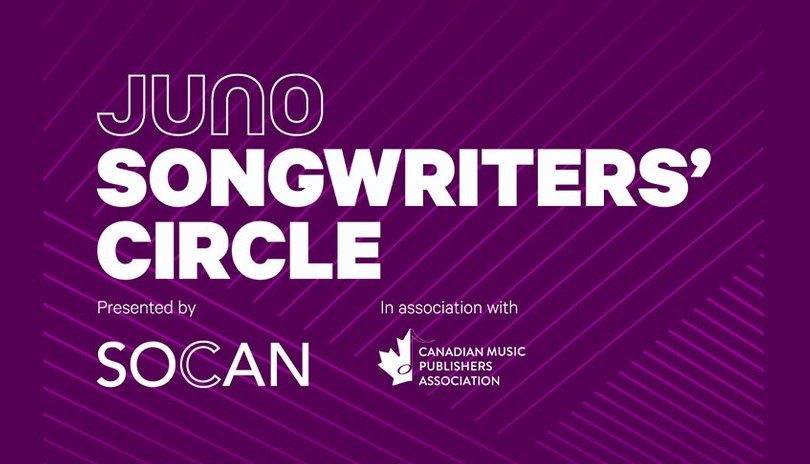