The road to CMAOntario: Runaway Angel 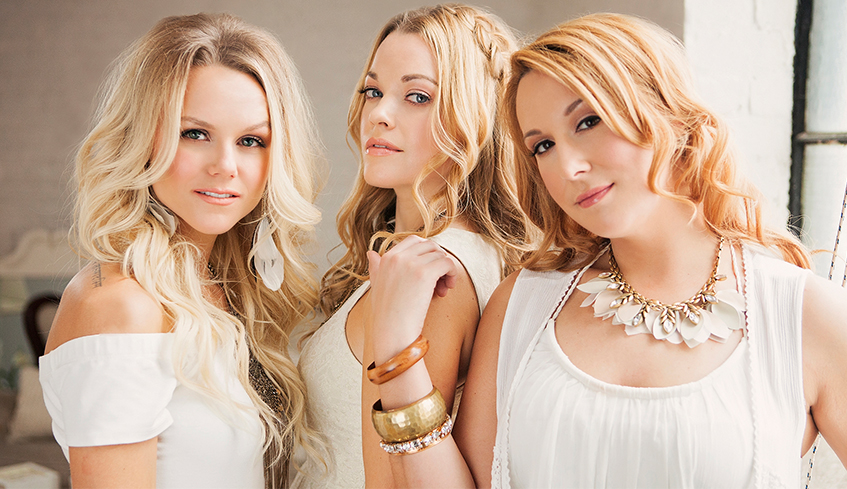 Since joining forces four years ago, Runaway Angel has continued to make waves in the Canadian country scene — even when that meant having to take control of their own destiny.

As independent artists, bandmates Stacey Zegers, Cadence Grace and Ann Chaplin have taken a crash course in every aspect of music biz, from operating budgets to booking gigs — and while some days may feel like a struggle, in a lot of ways the experience has been a blessing in disguise.

“Because we’re independent, we’re extremely knowledgeable about the industry and about our craft because we’ve had to put in that extra time and work. Not a lot of artists get that,” said Grace. “If we ever get signed, we know we’ll be able to steer the Runaway Angel ship with a foundation of knowledge, rather than just have people tell us what to do and having to explain why it matters.”

That diligence continues to pay off, and has recently garnered their latest single, Witness, a milestone of over 100,000 steams on Spotify, as well as landing the group a spot on the mainstage at the upcoming Trackside Music Festival at Western Fair.

Needless to say, there’s a bit of excitement in angel airspace these days.

In addition to working on a slew of new songs, the trio will be making their way to London Sunday, June 3, with a CMAOntario nomination for Group or Duo of the Year, in tow.

For one member, that trip won’t be much of a trek.

“One of the greatest things is that it’s in my hometown, so that’s exciting,” said Zegers, adding the nomination truly came as an honour, and one they really weren’t expecting. “There’s some really powerful Ontario groups, like The Reklaws, and Cold Creek County, so it’s really nice to be recognized alongside of them. Especially considering we’re an independent band.”

It was a sentiment echoed by Chaplin, who maintained getting a nod from the industry with so many of their respected peers, was cause to smile.

“When you’re the little guy it’s a lot harder to work around some things and get an advantage,” she explained. “We feel very fortunate to be included in the CMAOntario nominations, it was incredibly validating and feels really good.”

In the meantime, the group is continuing to chip away at the music, working on about a year’s worth of “pent-up, half-completed” tracks they couldn’t wait to get their hands on.

Clearly inspiration isn’t proving hard to come by, as the trio was able to polish off eight songs in less than 24-hours.

“It’s one of those things where you half-write things into your phone here and there, and you hope they get finished one day,” Zegers said with a laugh. “Now that we’re together and getting a lot of stuff done, it feels like the song babies are just coming out.”

Next up, Runaway Angel is set to release their latest single, Hard to Get, in June, followed up by a music video set to showcase what Chaplin calls some “epic dance moves.”