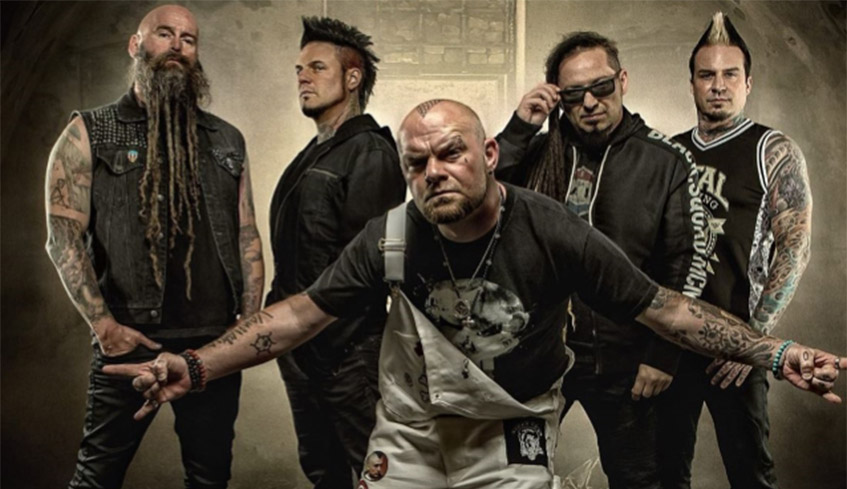 There’s nothing like a big show announcement to get your blood pumping on a cold Monday morning — and Start.ca Rocks the Park didn’t disappoint.

At about 8 a.m., FM96 unleashed the news London will get loud this summer, hosting a packed bill of heavy-hitters to Harris Park in July.

Heading into its 16th year treating Forest City fans to some of the biggest names in music, the newly-monikered fest will welcome Five Finger Death Punch, In This Moment, Killswitch Engage, I Prevail and Pop Evil crank up the volume Thursday, July 11.

It’s safe to say the masses are excited, considering the event’s Facebook announcement garnered over 130 comments and 307 shares in less than an hour.

For Brad Jones, President of Jones Entertainment Group, making sure rock is an integral part of this year’s festival was a no-brainer.

“Start.ca’s Rock the Park has and always will have a rock element to it. Each year we see thousands of rockers come through our gates having the times of their lives,” he said. “When we had Killswitch Engage in the park a few years ago, it was like nothing we had ever seen before. This is why we built this line-up; to cater exactly to those people.”

Known for raising the preferred middle digit, headliners Five Finger Death Punch have been hailed for fueling the beating bloody heart of 21st century hard rock. Arriving with a bang in 2007, they’ve unleashed a total of three RIAA platinum-certified albums, three gold albums, a platinum single, and generated 2 Billion global streams to date (in this century). As they became “one of the most-streamed rock acts in the world,” 2015’s Got Your Six catapulted to No. 1 on the Billboard Top Rock Albums Chart and No. 2 on the Top 200. Recognizing their staunch commitment to supporting the military, The Association of the United States Army honoured the boys with the prestigious Soldier Appreciation Award. Moreover, they’ve graced the covers of Revolver, Metal Hammer, and Kerrang!, to name a few.

Last year, the annual festivities drew around 35,000 to London’s downtown core, with fans treated to an ’80s night with Cyndi Lauper, Bret Michaels and Howard Jones, a ’90s night with En Vogue and Boyz II Men, as well as two nights of rock including performances by locals Texas King, along with Theory, Three Days Grace, Shinedown, and returning festival favourites Rise Against — all while contributing to Make-A-Wish Southwestern Ontario, Big Brothers Big Sisters of London and Area, the Western University football program, and the Brandon Prust Foundation.

Announcements for two more nights of music are still to come.