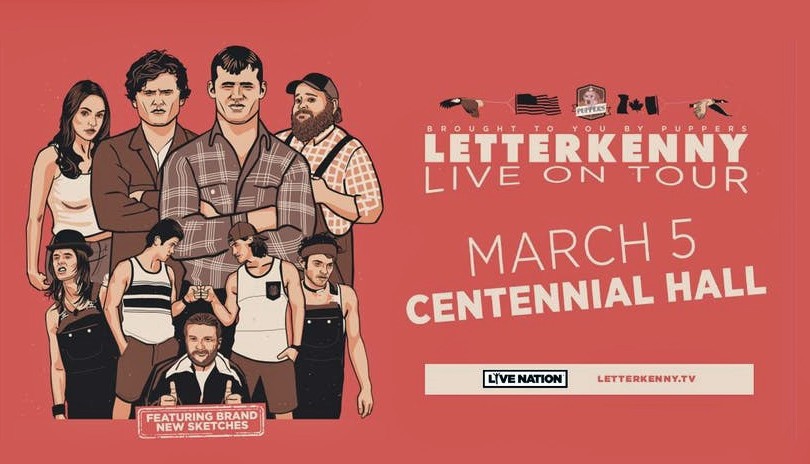 The stars of the wildly popular award-winning Crave Original Series LETTERKENNY are bringing “LETTERKENNY LIVE!” to the U.S. for the first time in 2020. All new, the acclaimed 90-minute comedy experience will feature NINE of the beloved cast members along with never-before-seen sketches and more. The highly anticipated live event, that includes major stops across North America is produced by New Metric Media and presented by Puppers Premium Lager.