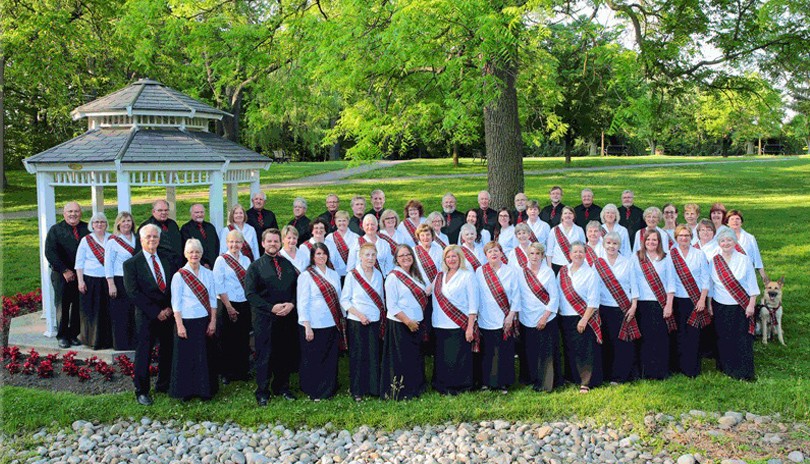 As the Canadian Celtic Choir prepares for its first tour of Ireland in mid-July, this concert will feature much of the music that will be featured on the trip. Also, this concert marks the last London performance of the CCC conducted by Bill Zadorsky who is retiring after the Irish tour.  Our special guest is Irish-American folk singer Kitty Donohoe.

The Canadian Celtic Choir is a London-based SATB choir of more than fifty voices and was founded in 1996 to sing and promote Celtic choral music and culture in Southwestern Ontario. The Choir has provided the city of London and surrounding communities with high quality choral music for more than 20 years and has built a solid reputation as one of the most in demand choirs in this area. Since 2010 the CCC has been conducted by William “Bill” Zadorsky and accompanied by Jean Willadsen on piano. Our vocal coach, emcee, and co-conductor is Paul Grambo. Over the years the Canadian Celtic Choir has been recognized with several awards – Best Classical Vocal Group, London Music Awards (2008, 2009, 2010) and Most Popular Classical Choir, Forest City London Music Awards 2015.