100 Years of Nursing Education in London 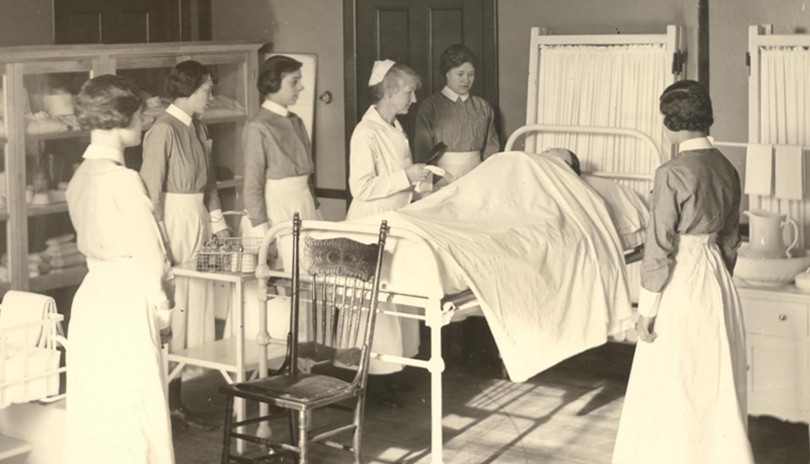 In 2020, Western University celebrates 100 years of nursing education. To mark this milestone, Museum London is presenting an exhibition that explores this in London.

London has been a centre of nursing education for almost 140 years. Like many other communities, the city found inspiration in Florence Nightingale and her training school for nurses, which had opened in 1860. The first of London’s three hospital-based nursing schools opened in 1883, the Victoria Hospital School of Nursing. St. Joseph’s Hospital was next in 1901, soon followed by the London Asylum for the Insane in 1902. Within them, nurses learned to practice through a combination of lectures and apprenticeship-style training.

Western University entered the field in 1920 with a course leading to a Certificate in Public Health Nursing. This soon expanded to include a certificate in nursing education and then, in 1924, a Bachelor of Science in Nursing. From those early days until today, Western’s nursing program has continued to evolve and innovate.

Pulling from Museum London’s extensive artifact collection and borrowing from the Archives of the Sisters of St. Joseph, Fanshawe College Archives, and private lenders, this exhibition traces the development of nursing education in London from its earliest days until today.