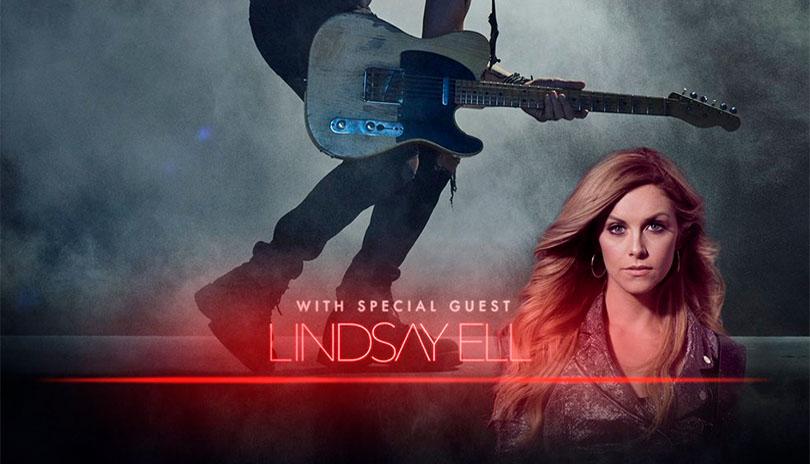 Keith Urban’s recently announced, “GRAFFITI U WORLD TOUR 2018,” also the name of his forthcoming ninth studio album (“GRAFFITI U”), revealed today that it will include multiple CCMA nominee Lindsay Ell as the opening performer for his September performances in Canada. Ell will perform on seven Canadian shows, the first of which will be on September 14 at the Canadian Tire Centre in Ottawa.

“It’s not very often you get to share the stage with an artist you’ve looked up to since the beginning of your career,” said Ell, whose recent album The Project debuted at No. 1 on the Country Album Sales Chart. “I am SO excited to be touring with Keith Urban and can’t wait to play for fans in the venues I grew up in!"

Urban’s 58-city “GRAFFITI U WORLD TOUR 2018” will kick off on June 15th at St. Louis’s Hollywood Casino Amphitheatre, with Kelsea Ballerini his supporting act for all other dates. A four-time Grammy Award winner, Urban’s shows have become concert events that electrify. They’re unexpected, if not unpredictable, and have been hailed by media around the world as “concert experiences not to be missed.” The tour will feature many of Urban’s 23 #1 songs, as well as brand new songs that have never been performed live and an all-new concert production that promises to be as spectacular as never before.

Named one of The Huffington Post’s “Top Country Artists to Watch,” Calgary native, Lindsay Ell, is a triple threat: accomplished musician, unique vocalist and songwriter. Ell’s first full-length album The Project debuted at No. 1 on the Country Album Sales Chart in August 2017 and was recently lauded as Billboard’s ‘Best Country Album of 2017.’ A 2016 CMT Music Award and multiple Canadian Country Music Award nominee, Ell exhilarated audiences from coast-to-coast as part of the 2016 CMT Next Women of Country Tour, Brad Paisley’s 2017 and 2018 WEEKEND WARRIOR WORLD TOUR, and as Carrie Underwood’s guitar player live on the “50th Annual CMA Awards”. Ell’s current single “Criminal” was the Most Added song at Country radio on its impact date and is currently Top 30 and fast-rising.

For more official Keith Urban news and information go to www.keithurban.net.
Ticketing and on sale information to be announced at a later date.